Union Glacier Camp is only accessible by air and the journey involves a 4 ¼ hour flight from Punta Arenas, Chile. 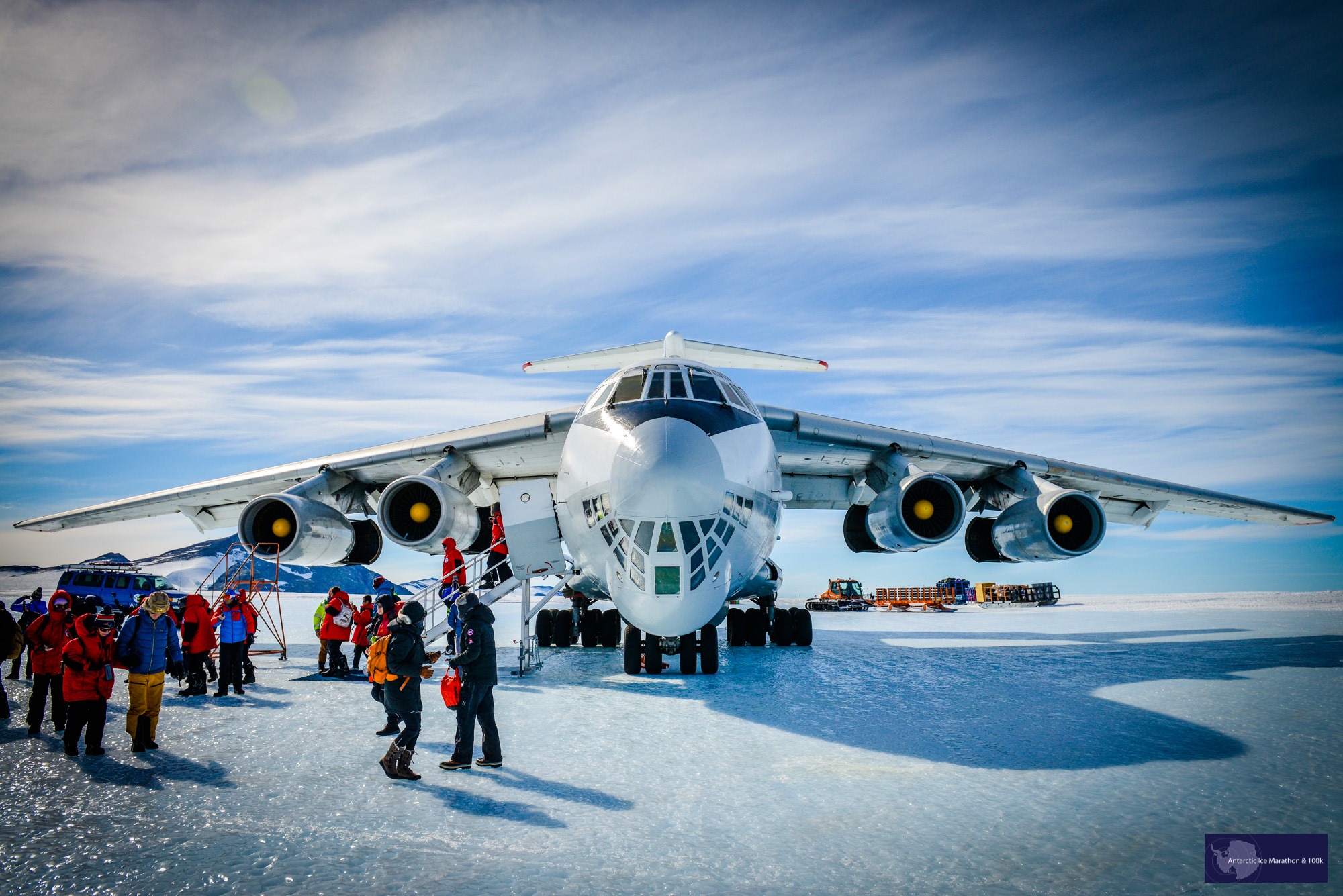 The wheeled IL-76 aircraft lands on a naturally-occurring and maintained ice runway on the Union Glacier, where competitors take their first steps in Antarctica. You will then climb aboard a specially adapted van for a 5 mile (8km) ride to camp, where a warm welcome awaits you.

(ThIS section can also be found at: Preparation > about antarctica)

Antarctica is the coldest, windiest, highest and driest continent on the planet. 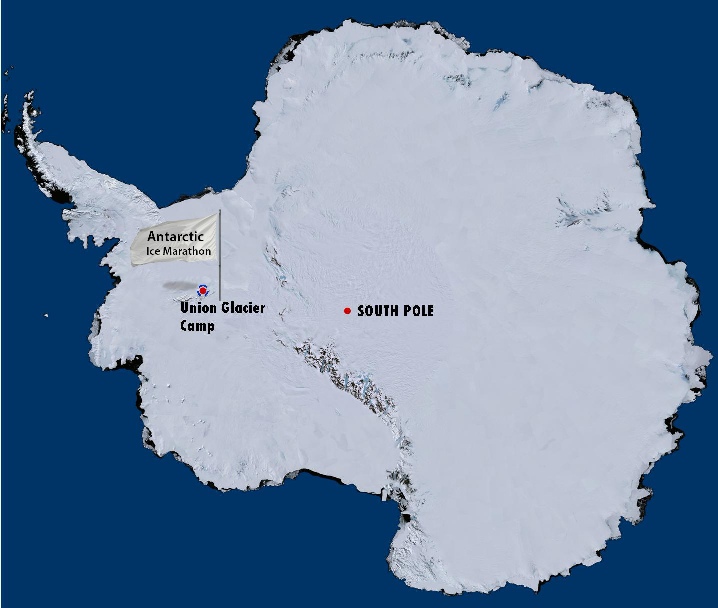 The lowest temperature ever recorded on earth was -94.7°C (-135.8°F) in eastern Antarctica in 2010. At this temperature steel will shatter and water will explode into ice crystals. The continent also experiences regular Katabatic winds, reaching 300 km per hour (185 miles/hour), that blow out of the continental interior and make the Antarctic coastal regions breezy. Antarctica has an average altitude of about 7,000 ft, with the South Pole situated at almost 10,000 ft. Furthermore, there is little precipitation and the air is very dry. Indeed, the Polar Plateau is regarded as a desert and experiences similar precipitation levels to the Sahara Desert. The average annual precipitation in Antarctica is only 50mm (2 inches).

At 14 million square km, Antarctica has a greater land mass than either Oceania and the subcontinent of Europe. Moreover, it is the fifth-largest continent and is almost 1.5 times the size of the United States. Its coastline covers approximately 18,000 km. About 98% of the continent is covered in a thick continental ice sheet and the remaining 2% is barren rock. The Antarctic Peninsula has the most moderate climate and contains ice-free coastal areas.

The highest point on Antarctica is Vinson Massif at 4,982m (16,345 ft) and the lowest point is the Bentley Subglacial Trench at –2,555m. During summer, more solar radiation reaches the surface at the South Pole than is received at the equator in an equivalent period. In 1998, NASA satellite data showed that the Antarctic ozone hole was the largest on record, covering 27 million square km.

The weather, strong winds and brutal storms have been synonymous with Antarctica since its discovery and continue to be a major challenge for modern explorers. Most of the early diaries and tales of exploration of Antarctica are filled with stories of how the weather was man's biggest enemy on the continent. Nature's power is seldom seen as ferocious as it is in Antarctica, making this one of the most inhospitable places on earth.

The first people to reach the South Pole were from the Norwegian-led expedition of Roald Amundsen on December 14, 1911. One month later, Robert Scott’s British expedition also reached 90 South but all members tragically died on their attempted return journey.

Prior to this, speculation over the existence of a "southern land" was not confirmed until the early 1820s. At this time, British and American commercial operators and British and Russian national expeditions began exploring the Antarctic Peninsula region and other areas south of the Antarctic Circle. In 1840, it was established that Antarctica was indeed a continent and not just a group of islands.

Following World War II, there was an upsurge in scientific research on the continent. A number of countries have now set up year-round research stations on Antarctica. Seven have made territorial claims (Argentina, Australia, Chile, France, New Zealand, Norway and UK), but not all countries, including the USA and Russia, recognize these claims.

In order to form a legal framework for the activities of nations on the continent, an Antarctic Treaty was negotiated that neither denies nor gives recognition to existing territorial claims; signed in 1959, it entered into force in 1961. At periodic Antarctic Treaty meetings, decisions are made by consensus (not by vote) of all consultative member nations; at the end of 2003, there were 45 treaty member nations: 28 consultative (decision-making) and 17 non-consultative. The consultative nations include the seven which have made territorial claims as well as Belgium, Brazil, Bulgaria, China, Ecuador, Finland, Germany, India, Italy, Japan, South Korea, Netherlands, Peru, Poland, Russia, South Africa, Spain, Sweden, Ukraine, Uruguay and the USA.

The Antarctic Treaty prohibits any measures of a military nature, such as the establishment of military bases and fortifications, the carrying out of military manoeuvres, or the testing of any type of weapon. It only permits the use of military personnel or equipment for scientific research or for any other peaceful purposes.