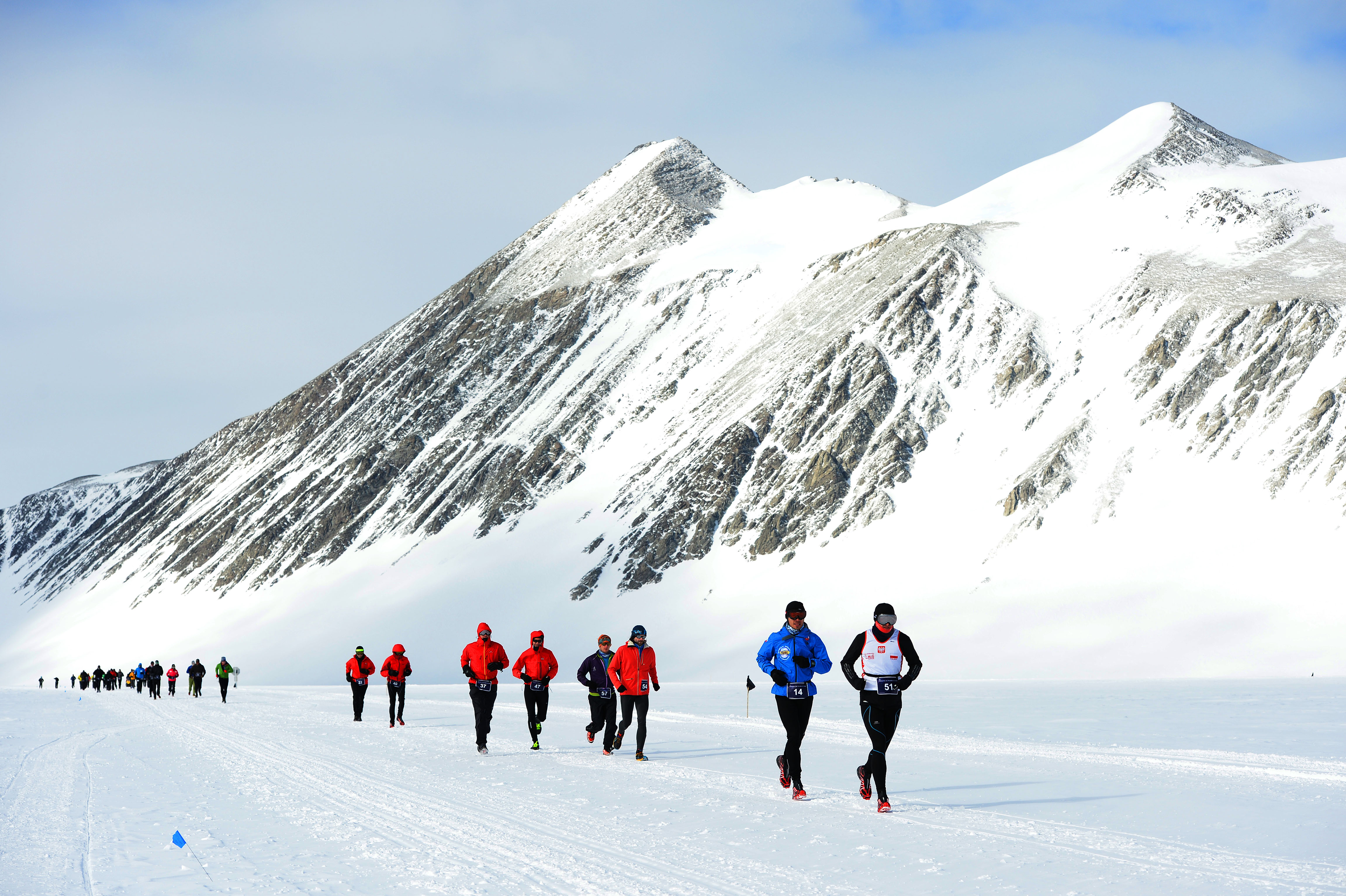 The Antarctic Ice Marathon & 100k is a full member of the Association of International Marathons & Distance Races (AIMS) and the only official running event on mainland Antarctica and within the Antarctic Circle.

A total of fifty-six competitors from eighteen countries across six continents took part in the races, with six of them electing to run the grueling 100km event.

Poor weather conditions at Union Glacier, Antarctica, delayed the start and organizers elected to operate the 100km on 20 November, with the marathon starting the following day.

Temperatures of -14C combined with persistent wind gusts of 50km per hour ensured a wind chill temperature of -27 Celsius for the 100km runners. A surface of energy-sapping snow combined with poor visibility also meant the race was going to be a slow and testing challenge for even the most hardened of competitors.

China's Penbin Chen somehow appeared to make light work of the conditions and led from start to finish, clinching China's first victory at the Antarctic Ice Marathon & 100k in a very respectable time of 13:57.46 hrs. Oscar Giazzi (ITL) finished second with Kenichi Okazaki (JPN) overtaking Norway's Willy Steinskog in the second half of the race to claim third spot.

The only female athlete to brave the conditions for the 100km was Romania's Adriana Istrate, who took the women's title in a time of 23:49.50 hrs.

Conditions improved for the marathon races on 21 November with sunshine and blue skies revealing the spectacular beauty of the race location. However, the terrain remained soft underfoot, slowing the athletes considerably, while core temperatures of -17C meant they had to remain vigilent for cold weather injuries.

In the men's race, Great Britain's Nicholas Horsfall ran very strongly to lead at the half-way point which was reached in just under two hours. Marc De Keyser (BEL), a previous Antarctic Ice Marathon title holder and two-time Antarctic 100km champion, tracked him closely with Hungary's Istvan Toth, a former winner of the North Pole Marathon, in third place. But at the finish line, De Keyser proved victorious once again in a time of 4:12.21 hrs, just four minutes ahead of Horsfall who recorded a time of 4:16.35 hrs, with Toth taking third position in 4:29.50 hrs.

In the women's race, Fredrique Laurent (FRA) dominated from the outset to win a time of 5:16.15 hrs ahead of Australia's Lynn La Canna and South Africa's Genevieve Pearson.

Full results are posted below.